As my perfect day journey continued at this historic lighthouse and now park, I cannot help but to reflect on how beautiful Key Biscayne and South Florida can be while writing this passage. I can still feel the cool Atlantic Ocean breeze blowing across my body as I rode and walked along the path near the shore leading up to this 95-foot (29 meters) treasure. Miami can be a very hectic place to drive, bike, and walk but this place gives you the impression that you are actually on a separate island from the hustle and bustle of a major tourist attraction. No speeding cars, no repeated honking of horns, and no one yelling in multiple languages at each other. It is the perfect place for a same day Staycation.

At this point during my perfect day journey, I was really looking forward to participating in a professionally guided tour of the lighthouse that includes getting a chance to walk up the stairs to the top and get a great bird's eye view of the Atlantic Ocean. My watch said that that was going to happen in approximately 18 minutes. I have actually never been inside a real lighthouse and never this close to one. As mentioned in Part I of this review, my late Grandfather Bannister is said to have built a makeshift one on the picturesque Island of Exuma in the Bahamas back in the early 1900's. It would have been great if that story was accompanied by some pics but as it stands today, I will just have to reconcile that the story is probably true considering the high aptitude of carpentry possessed by a lot of Bahamian men.

On my way up to the starting point of the guided tour I came across some very interesting artifacts and information about my ancestors who helped build a great deal of this area especially Northwest of here in Coconut Grove which is now part of the QCT Miami Daily Black Heritage Toursm. Unfortunately, as they point out on the tour route, that area is slowly succumbing to a phenomenon known today as gentrification whereas the historic Shotgun Homes are being obliterated by over-capitalism. Some are being preserved which is good. What is not good is the long-time residence who can no longer afford to live in that now historic area.

It was indeed nice to see small tributes to my ancestors en-route to the lighthouse which included a salvaged Bahama Dinghy that was considered the pick-up truck of its time as it was used for everything from fishing and sponging to transporting people and cargo to and from the sailing ships anchored off the coast, as well as trips to nearby settlements to buy and sell goods; before roads and bridges became the norm like the nearby Rickenbacker Causeway that I crossed over to get here on the Metrobus. I often wonder what the reaction would be from those early settlers if they were somehow transported to today and had to pay a toll each trip to this wonderful island of Key Biscayne.

While waiting for my guided tour to start I decided to poke around on my own to kill some time as I am not one to sit around and wait for Godot. I came across this brick house that turns out to have a long history dating back to the early 1800's and not too long after the United States was officially formed in early July of 1776. This particular structure represents a cottage once occupied by the lighthouse keepers. It has been rebuilt several times over as the result of a major hurricane, one of the three Seminole Indian Wars, abandonment, and washed away by Mother Nature. The current structure was completed in 1969 by the State of Florida, two years after the Bill Baggs Recreation area opened in 1967.

I am especially appreciative of all those special people that take the time and dedicate the resources to protect and preserve history. Sometimes it's an uphill battle to do so as there are those people and entities that are stark proponents of progress and capitalism which go hand and hand. Image what our world would be like today if the Seven Wonders of the Ancient and Current (2007) World were not preserved to include the Great Pyramid in Giza (Northern Egypt) which was built more than four Centuries ago. Other notable landmarks include the Statue of Liberty in New York, The Leaning Tower of Pisa in Italy, and the Rock of Gibraltar in Europe to name a few icons of history.

There is also a small house located in proximity to the reconstructed lighthouse keeper's cottage that most younger folks would never see; especially growing up in the urban Miami area. I personally had never seen a working outhouse until relocating to North Carolina via the United States Army back in the late 1970's in Fayetteville. I have actually never had to use one but have learned from folks that have that they would use old newspapers and sometimes leaves in lieu of toilet paper before those useful accessories became more readily available and at an affordable price at your local Dollar General store. I also learned some horror stories about snakes and using those outdoor toilets during winter months.

It was now past the posted guided tour start time of 1:00 PM, which prompted me to investigate whether I was in the right location to begin the tour. I came across this other sign that stated the tour starts at the front canopy which is confusing if you enter from the ocean side of the lighthouse as I ended up doing. I then discovered a very colorful sign that included a pic of the historic lighthouse and information on the guided tour hours in the morning (10 to 11 AM) and afternoon (1 to 2 PM) on Monday and Thursday thru Sunday. I visited on a Thursday in April which means that I was now in the right place, at the right time, and on the right day.

I kept myself busy by perusing the front entrance for more information on the historic lighthouse and came across this interesting plaque that detailed a timeline of the island of Key Biscayne dating back to circa (approximately) 1000 AD (after the death of Christ) when the Tequesta Indians (Native Americans) built a fishing village here. Wow, it's amazing that fish have been around since the beginning of time but today they are becoming extinct because of all the industrialization of modern society that requires harmful chemicals and dangerous water temperatures. That is one of the reasons why they resisted their land being taken by greedy capitalists. The sign stopped at the year 1971 when the Bill Baggs Park was designated a National Historic Landmark which means it cannot be industrialized. Yippie!

I came across another plaque that described the efforts taken to preserve the Nature Paths located along the ocean to include preserving native vegetation, maritime hammocks which are narrow bands of hardwood forests, and wetlands that include marshes or swamps; also known as saturated land that supports an ecosystem. These are all God's creations and any effort to preserve them should be applauded and supported by those of us who realize their non-monetary value from generation to generation. I have come a long way since being a naive child that neglected nature while growing up not too far from here in Liberty City. Hopefully someone reading this passage will stop through and appreciate these efforts as much as I have learned to do through education.

Well folks, it was now 10 minutes after 1 PM, the posted tour start time; and still no sign of anyone who remotely resembled a professional guide. So, I decided to blow this popsicle stand, leaving six other tourists who were also waiting -- behind. To this date I have no idea why or what caused the no show; perhaps COVID-19 (Coronavirus), but there was absolutely no excuse for the lack of posted notice(s) or even a mention on their phone message which I called to see what the issue(s) was/were for the closing. I was however not totally disappointed or felt as though my trip was a waste of a day because of the informational plaques and signs available for self-consumption. So, kudos to those individuals who played a role in making those valuable resources a part of this tour. I departed the lighthouse area at approximately 11 minutes after 1 PM.

Speaking of popsicle stands, I decided to leave at just the right time as the ice cream truck was making its rounds. Most of us, as children, have memories of chasing these famous stands on wheels while yelling, "Ice cream man, ice cream man." No pun intended to the ladies as most, if not all, of these relics were driven by older men. The times have certainly change as this truck was operated by a woman. I cannot recall the last time that I purchased an ice cream product from one of these icons from my childhood, but I can recall the huge difference in price. My favorite Strawberry Eclair set me back six bucks! Ouch!

After enjoying my way over-priced frozen treat, my attention was diverted to a rustling in the nearby wooded area near the picnic tables. It turned out to be a very busy fury bandit also known as a Racoon or Procyon lotor as very smart people call them. It is quite rare seeing these busy bodies in broad daylight in fact, I cannot recall the last time that I spotted one other than at night. They are quite prevalent in the north beach area of Miami Beach. Well folks, it was about that time for me to make the approximate 2 mile trek back to the nearest bus stop to head back to the home front on the Metrobus then Metrorail. This was indeed a memorable experience despite the faux pas with the guided lighthouse tour. On the positive tip, that just gives me an excuse to revisit after making sure the tours are a go first.

The Cape Florida Lighthouse is located at 1200 Crandon Boulevard, Key Biscayne, FL.  33149, there phone number is 305-361-8779, and website https://www.floridastateparks.org/parks-and-trails/bill-baggs-cape-florida-state-park/cape-florida-light. 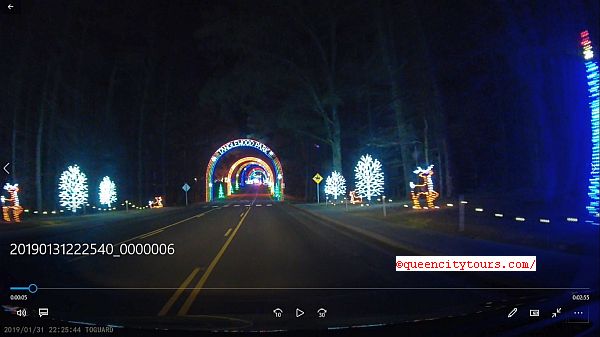